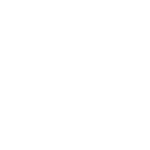 effects on exercise performance
;
Caffeine is a well researched and popular substance widely used and abused by athletes and just about everybody for its stimulating effects. It is also not regulated by anti-doping agency.
Factors like dose, timing and genes affect the benefits of caffeine on endurance and strength performance. Here is what the science says.

Effects of caffeine on exercise performance:

A team of scientists from the University of Brazil compared the speed of glycogen recovery after glycogen depletion in the muscles of trained cyclists. (source – randomized, placebo-controlled, double-blind study).

Coffee with carbohydrates resulted in faster muscle glycogen resynthesis compared to the control group, with the difference between final and initial glycogen levels being 153% greater for the coffee group (102.56 vs. 40.54 mmol/kg dry mass).

Improvement was observed at doses of 8 mg of caffeine per kg, however. For a 60 kg cyclist, this would mean 480 mg of caffeine. For comparison, a regular espresso contains approx. 80-100 mg. This study is consistent with others that have shown a benefit for glycogen resynthesis but at rather high doses of caffeine, which is impractical. (source)

There’s also some research looking into whether people get habituated to caffeine’s ergogenic effects over the long term. However, the conclusions conflict.
In the study by Gonçalves et. al, low, moderate, and high caffeine consumers showed similar absolute and relative improvements in cycling time-trial performance following acute supplementation of 6 mg/kg body mass caffeine. Performance effects of acute caffeine were not influenced by the level of habitual caffeine consumption, suggesting that high habitual caffeine intake does not negate the benefits of acute caffeine supplementation.

Research in females and across the cycle

Research in females in sports is lacking across the field. There are only few studies on caffeine and female athletes.
The landmark study by Goldstein et al. reported a significant increase in the 1RM bench press in resistance trained females. However, the effect size was very small (SMD = 0.07), thereby limiting the practical significance of the finding.
Another study among female participants was performed by Sabblah et al. The researchers reported an SMD of 0.33 for increases in upper body strength with caffeine ingestion.
A study by Wilk et al. shown benefits of caffeine supplementation in trained collage females who habitually drink coffee. They observed strength benefits in 1RM upper body strength and time under tension strength-endurance. Additionally they noted, that lowering caffeine intake to might be necessary to get performance benefit of caffeine.
*These studies did not control for the potential variability attributable to metabolic alterations across the menstrual cycle
A meta-analysis from 2021 showed the same landings. One study in this meta-analysis also considered the phase of the female cycle. The results were consistent with other studies and showed a benefit for maximum strength and endurance.
One study shown an increase in strength and power performance in trained females during the follicular phase when supplemented with 4mg/kg 60 minutes before exercise.

There are three main genetic factos involved in metabolism of caffeine. CYP1a2 enzyme that breaks down caffeine, ADORA2A adenoine receptor, and AHR varience. The AHR is the transcription factor protein product  that regulates gene expression of enzymes.

By daily consumption of caffeine the body gets used to it and builds tolerance. If you want to use caffeine to enhance performance, you should exclude caffeine drinks 20 days in advance, but some people need less time. If you don’t, you will need a higher dose and the effect will not be as pronounced.
In one of the previous posts I mentioned preworkouts, specifically coffee, and why you need to be careful about when and how you use it.
Adverse effects on sleep or feelings of  anxiety following caffeine ingestion may be attributed to genetic  variation associated with caffeine metabolism, and physical and  psychological response. Other factors such as habitual caffeine intake  also may play a role in between-individual response variation.

Caffeine in combination with lack of sleep:

We often use caffeine for stimulation when we are tired. I definitely do not recommend practicing this because while caffeine wakes you up a bit,  it can also lead to an increased risk of injury among other negative effects mentioned in the post about coffee.
Insufficient sleep in combination with caffeine leads us to make bad decisions faster, in game, during a race, but also in our private life.

In this study on athletes, they observed the performance of athletes with reduced sleep duration (4.5 hours). They compared the results in three conditions:

Subsequently, approx. they did 6 sprints for half an hour.

And how did it turn out?

However, this strategy should not be part of the usual training protocol, as caffeine also increases muscle damage caused by exercise. You better sleep well.

By daily consumption of caffeine the body gets used to it and builds tolerance. If you want to use caffeine to enhance performance, you should exclude caffeine drinks 20 days in advance, but some people need less time. If you don’t, you will need a higher dose and the effect will not be as pronounced.
In one of the previous posts I mentioned preworkouts, specifically coffee, and why you need to be careful about when and how you use it.
Adverse effects on sleep or feelings of anxiety following caffeine ingestion may be attributed to genetic variation associated with caffeine metabolism, and physical and psychological responses. Other factors such as habitual caffeine intake also may play a role in between-individual response variation.
I also use cookies (that are macro friendly) so I am letting you know they will perfectly fit your macros. Please, accept my cookies. Accept Read More
Privacy & Cookies Policy